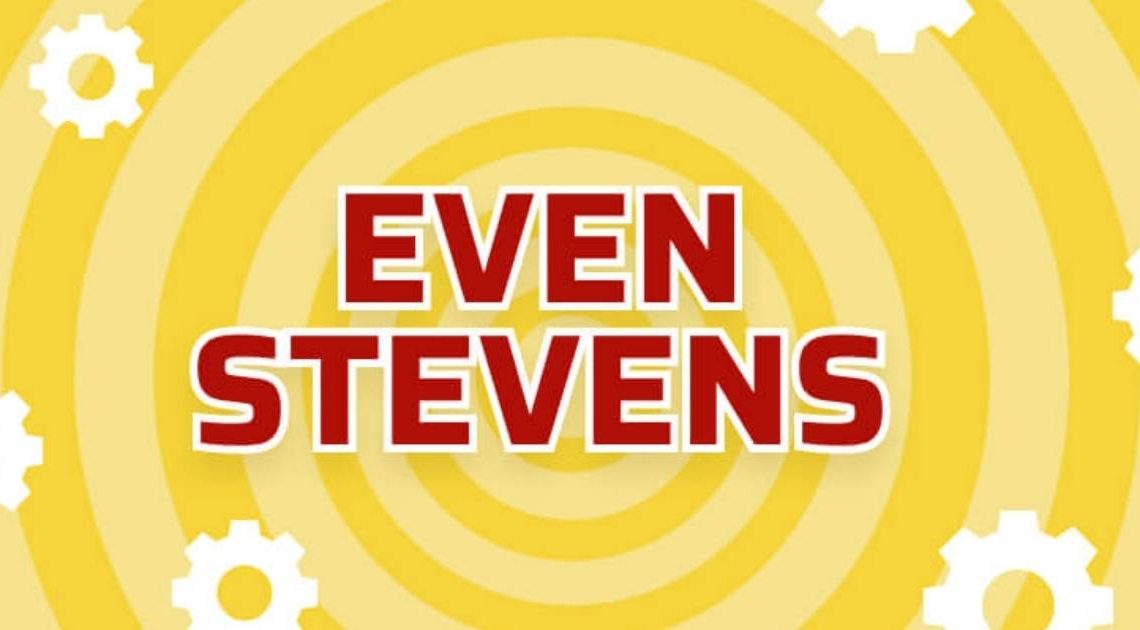 Even Stevens is a bingo room from the Dragonfish software developers. It became available on the network in June 2020 and is a penny bingo game. This new bingo variation game is a 90-ball bingo game which according to the bingo room’s name, allows every player an equal chance of winning the jackpot.

The idea is that all players have the same number of tickets which gives everyone a fair chance of winning the prizes. This is similar to Best Odds Bingo at Mecca Bingo and all bingo games at tombola.

If you buy the maximum number of tickets and everyone else does, it’s all down to chance. If you purchase the most and no one else does, the chances are somewhat in your favour.

Even Stevens is a typical 90 ball bingo, however, ticket purchases are limited to 24 tickets for each player instead of the usual maximum 96 tickets found in most Dragonfish 90 ball bingo rooms. With tickets set at 2p per ticket, the maximum you’ll spend is 48p per game which is very reasonable.

We suppose this makes things a bit more equitable, but technically you may buy less than 24 tickets. So it’s only fair if the player decides to ‘max out’ on the default 24 ticket option. Games are played to win one line, two lines, and finally a full house.

Jackpots and free tickets are among the promotional incentives given to punters. Typically, complimentary tickets are associated with specific games, such as Even Stevens. As a result, experts advise both rookies and seasoned gamers to investigate whether promotions are available. In the Even Stevens room, the progressive jackpot pays out if you claim the complete house within 32 calls.

Even Stevens is accessible on many Dragonfish bingo sites. But we noticed it wasn’t offered on some of the larger Dragonfish sites. This bingo room can be found on smaller networked sites such as Bonnie Bingo, Tickety Bingo, and Yay Bingo.

Evens Stevens is a simple 90-ball bingo game. The goal of Dragonfish’s bingo game, as you can guess from the name, is to level the playing field. This is similar to the one used at tombola Bingo and the exclusive Virtue Fusion game Best Odds Bingo at Mecca Bingo.

In most bingo halls, players can buy 1 to 96 tickets. A player who buys 96 tickets has a higher chance of winning than a player who just buys one. Evens Stevens, too, levels the playing field by requiring all players to buy the same amount of tickets.