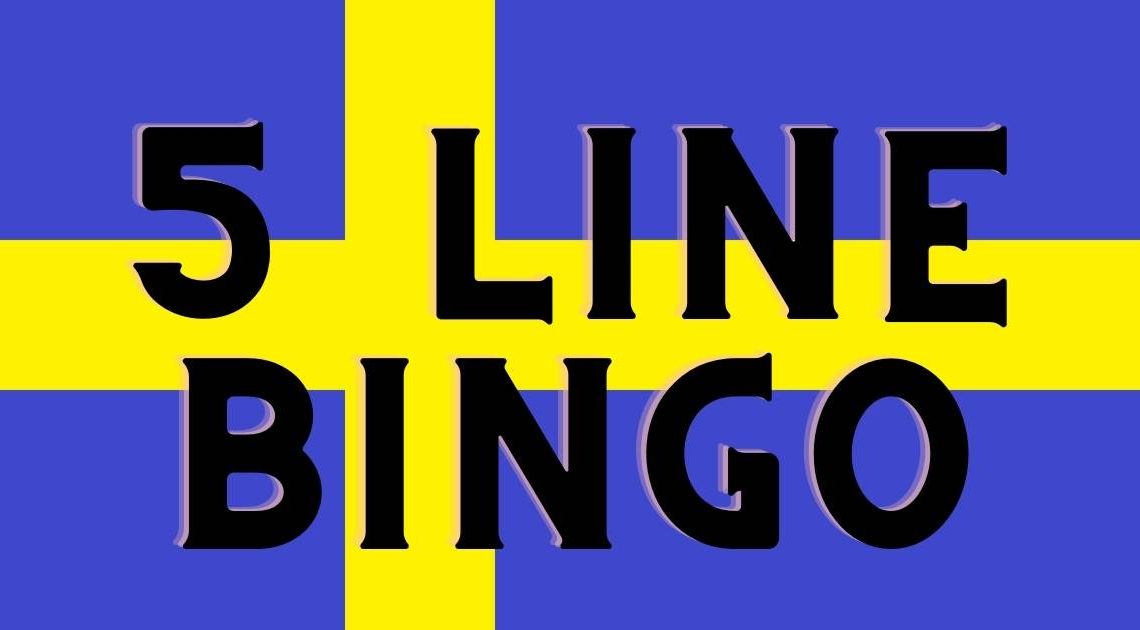 5-line bingo is also known as Swedish bingo and is a fast-paced bingo version when compared to 90 ball bingo.

It’s quite simple to play, and when playing this form of bingo you can get up to 5 opportunities to win. This game is played with a 75-ball card with the only difference being that the middle square isn’t free. So a 5×5 grid with numbers ranging from 1 to 75 and the word BINGO is spelt out across the 5 lines above.

A conventional 5-line bingo game uses numbers 1 to 75 on a 5×5 grid. The numbers are randomly selected across the 5 lines and below you can see the format.

Like normal bingo games, numbers are called out one by one until there’s a winner.

When a number is called, identify it on your card and mark it with your dabber. In an online game, your numbers will be marked automatically for you, or you can do it manually.

5 line bingo offers players the chance to win up to 5 times! This is because at most bingo sites there are prizes for every line. You need to be the first player to get one line, two lines, three lines, four lines, and the full house.

This means that you can win multiple times in one game if you’re lucky. Or, there may be five different winners instead. This is one reason we like Swedish Bingo as you get many chances to win.

5 line bingo is most common at Dragonfish bingo sites so you can play it at the following places: